Signs and Symptoms of Spinal Tumours 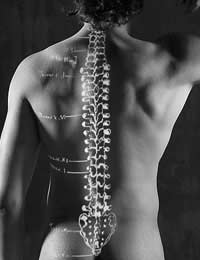 Before describing the signs and symptoms of spinal tumours, it must be made clear that a very small percentage of back pain is caused by any type of tumour, but if pain is present for more than 3 months, medical advice should be sought in order to rule out a tumour.

Almost all spinal tumours have one particular common denominator; pain. In fact 80% of spinal tumours result in pain, though the degree and rate of onset is dependent on the size, location and type of tumour.

It should also be noted that any tumour that is around the spaces between the vertebrae, or indeed on the inside of the vertebrae, will normally have the consequence of spinal cord compression which itself carries a variety of common symptoms dependent on the size and type of tumour. These indications are weakness in the back and limbs which can vary in severity; a feeling of the legs ‘giving-way’; pins and needles and even numbness or paralysis of the limbs and torso.

Types of Spinal Tumours
Share Your Story, Join the Discussion or Seek Advice..
MSCC Hi I've finally had a Cervical MRI for never ending right neck/shoulder pain with accompanying pins & needles. I also have other back pain & decreased sensitivity in the bladder & bowel area, coupled with chronic erectile dysfunction. I have headaches at the base of my skull & recently increased blurred vision. I am clumsy with my hands & very unsteady on my feet. So all in all not good Thanks Rob
Robino - 6-Jan-18 @ 8:58 PM
Title:
(never shown)
Firstname:
(never shown)
Surname:
(never shown)
Email:
(never shown)
Nickname:
(shown)
Comment:
Validate: