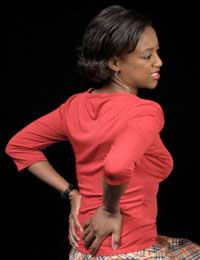 A tumour is a growth or a swelling caused by the abnormal multiplication and development of cells. A tumour can be benign (non-cancerous) or malignant (cancerous).

Spinal tumours can involve any part of the spine and the associated structures from the neck down to the sacrum.Tumours that originate in the first instance in the spine or spinal regions are said to be primary tumours. If the original tumour began in another part of the anatomy and has spread to the spinal area, it is referred to as a secondary or a metastases.

There are around 750 new cases of spinal tumours being diagnosed every year in the United Kingdom.Unless there is a history of an abnormal familial gene, possibly indicating a genetic link, spinal tumours are not thought of as a hereditary disease.

In the male population, spinal tumours are usually spread from the prostate or lung primary source; in women from the breast or lung.

There are five common spinal tumours that are benign, these are;