A Day in the Life of a Back Pain Sufferer 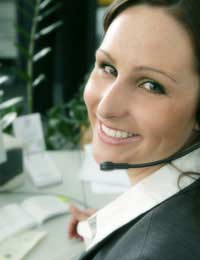 Jan is 42 and hurt her back when she fell down the stairs at home.

"I never used to think about my back. That was, until the day I tripped and fell down the stairs. It was my own fault – I wasn’t looking where I was going. I suppose I was lucky in that I didn’t break anything, but I twisted as I fell and strained a muscle in my back.

It was so painful, and all I wanted to do was stay in bed but the doctor told me that I had to keep moving as much as possible. I didn’t want to because it hurt so much, but she told me that studies have shown that staying in bed actually makes things worse. And she was right - it was hard to keep on moving at first, but she gave me some anti-inflammatory drugs which took some of the pain and swelling away, and I slowly started to be able to move about again. The doctor has assured me that it will get better, but it will take a while.

My fall was three weeks ago and today is the day I go back to work. After having been away for a while, it feels a bit odd, but my manager has kept in touch, which helps. I feel quite nervous, actually - but time to be brave, and remember to take my lumbar support cushion and my tablets with me.

It's half past ten, and time for a coffee. Everyone was really pleased to see me, and I had a nice surprise when I found out that my manager had managed to borrow a chair that will support my back while it gets better. It does feel a lot more comfortable than my old one - I wonder if I can persuade them to get me one like this long-term?

It's 12 noon, and I've just had a meeting with the new occupational therapist. She's going to bring me a footrest, so that my feet can be flat, and he's told me to use the headset for my phone, rather than tucking the phone under my chin as I used to do. She's also shown me that I’m going to have had to learn to change the way I do a lot of things, not only while my back heals, but to stop me getting back pain again.

She's explained to me how to set up my chair, and she's raised my monitor to eye level, and moved my keyboard and mouse so that I can reach them without twisting my back. She's also going to find me a copy holder, and she even showed me how to sit properly in the chair, and how to stand up without putting a strain on my back. I could see my colleagues watching too, and I think she's going to come back to talk to everyone about setting up their chairs and desks.

The hardest thing is going to be to remember to watch my posture, especially once my back feels better, and make sure that I take regular breaks now away from my desk. She suggested that I perhaps go over to speak to colleagues rather than ringing them or sending an email – but I think perhaps I'll use it as a good excuse to get up to make a cup of tea every hour or so!

It's half past three, and I'm really tired and my back is hurting quite badly again. My manager has said that I can work shorter hours this week, and gradually work up to doing my full hours. I can't manage it tonight, but next week I'm going to go swimming after work, as my doctor has said that it will help my back get better more quickly, provided I do it gently. Pilates will help too, apparently, but I might leave that until I'm feeling a bit better. So I'm off home.

It's seven in the evening, and I'm feeling a bit better now I've rested, but I can't stay sitting in the same position for too long, so I have to move around about once an hour. I've had to give up my favourite comfy, soft sofa and I'm using an old fashioned upright armchair, but it does help, especially if I remember what the occupational therapist has told me. So much to remember. But it's worth it as it will help me get better."

Stem Cell Repair and Back Problems

Ergonomic Chairs: Do They Help Back Pain?

Back Pain: Information for Employers

Getting Back to Work With Back Pain