Home > Treating Back Pain > Gene Therapy for Back Pain

Gene Therapy for Back Pain 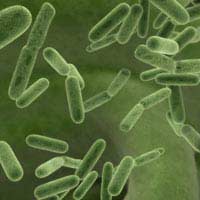 Some people suffer from back pain that cannot be treated with current drugs and therapies – this is known as intractable or refractory back pain. Thought it is still in its very early stages of development, gene therapy may offer a treatment option for this group of people who suffer from long-term pain.

What are DNA and Genes?

Inside every cell, there are strands of DNA, which carry coded instructions for making the proteins that are the building blocks for the body. The sets of instructions are known as genes.

DNA is a string of bases – molecules called adenine (A), cytosine (C), thymidine (T) and guanine (G), which are ordered in sets of three, like words, e.g. ATT, GCA etc. Each gene is a collection of these words, like a sentence, and different sentences are codes for different proteins.

What Is Gene Therapy?

Some conditions and illnesses are caused by damage to the DNA, or missing sections of DNA. This missing or incorrect information may occur spontaneously, be inherited from parents, or happen after exposure to viruses, radiation or certain chemicals. In gene therapy, repaired versions of the genes or copies of missing genes are given to people, so that they can then produce the missing or damaged proteins themselves. Gene therapy can also be used to make additional proteins to treat a disease, such as increasing the levels of naturally occurring pain-killing proteins to treat chronic pain.

Gene Therapy and Back Pain

In studies in rats carried out at the Departments of Medicine and Neurosciences at Mount Sinai School of Medicine in the USA, researchers have been able to inject genes into the fluid around the spinal cord of rats (lumbar puncture). The genes were for a type of endorphin, a painkilling protein normally produced by the body in response to pain. The rats produced the endorphin using the newly injected genes and the treatment reduced neuropathic pain (a severe type of pain) for three months or more. This kind of protein, which acts in a similar way to morphine, does not last very long in the body, so injecting it near the location of the pain made it more effective. As it acts locally, it also means that there are likely to be fewer side effects than a drug that is taken by mouth or as an injection (a systemic drug) and so travels through the entire body)

Studies have only been in rats so far, and it could be many years before this kind of gene therapy is available for doctors to use, but these and other studies show that it could be another alternative for people with chronic and untreatable pain, including back pain and may only require once-yearly treatments.

Other possible routes for gene therapy including using a deactivated version of the herpes simplex virus (HSV) carrying the genes. This virus naturally infects nerves, so could be injected through the skin rather than needing to be injected straight into the spinal cord. The company developing this has treated a few patients with cancer pain in the USA.

Gene therapy may also have potential in early stages of degenerative disc disease to stop the degeneration of the discs in the spine.